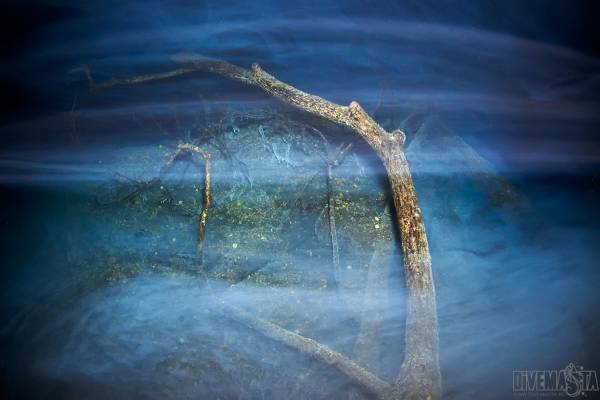 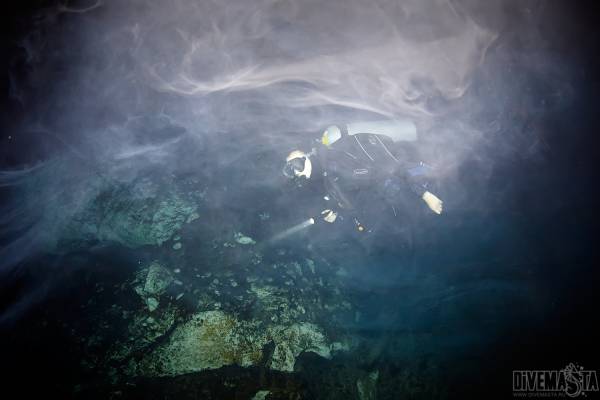 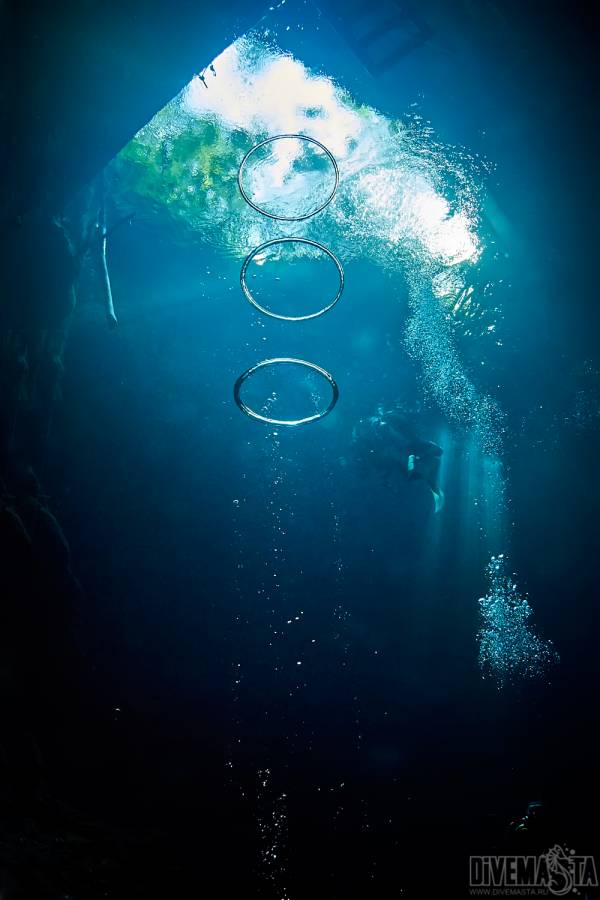 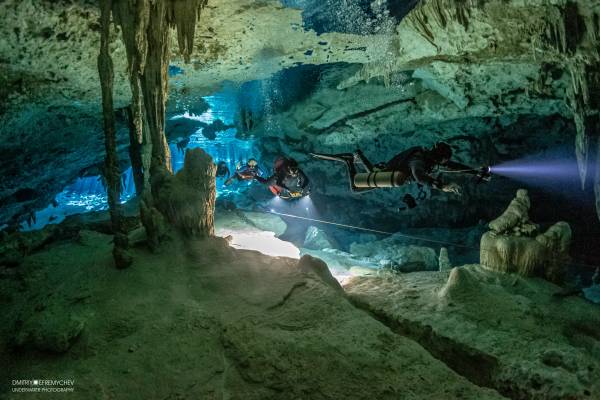 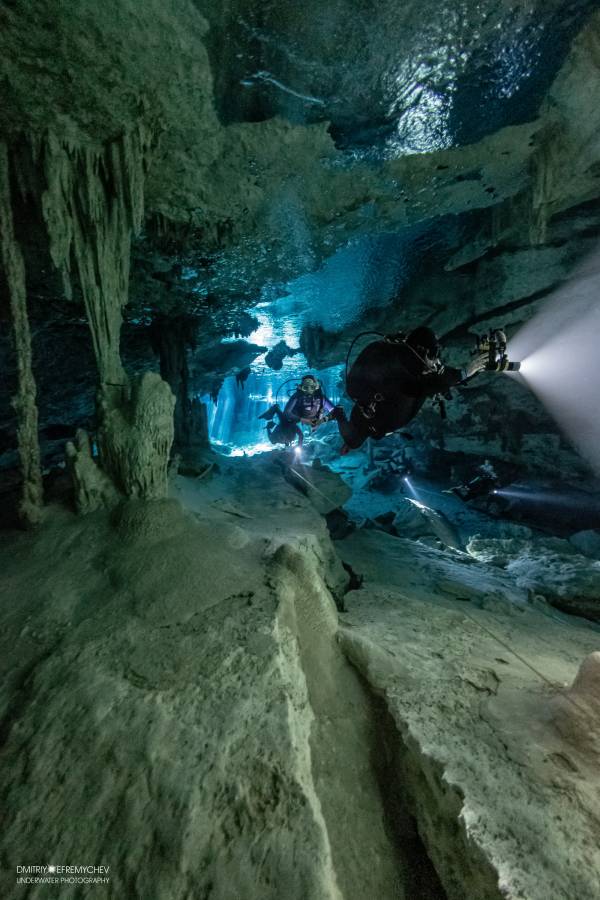 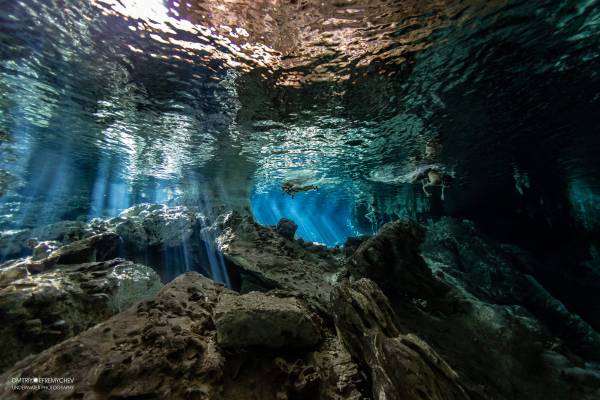 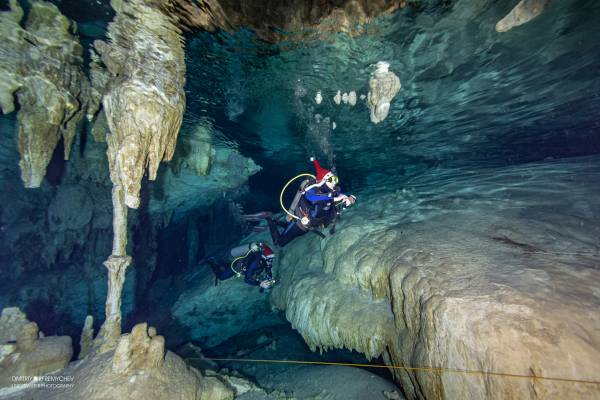 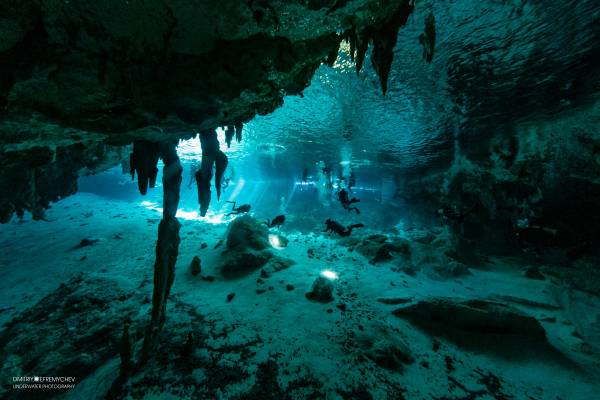 Dos Ojos is the most famous cenote in the world and one of the largest underwater cave systems. It has appeared in many movies and documentaries: "Journey into Amazing Caves" in 2002 and The Cave" in 2006. By the way, the original cave diving exploration of the whole cave system began through these cenotes.

Dos Ojos means two eyes and it gets the name from two caverns close together and connected by a common area. These two caverns start and end in the same place but are very different:

The Pit or El Pit is the deepest part of the Dos Ojos system, it is a sinkhole inside the deep jungle. The main draw to this cenote is the beautiful light beams that light up this dive on sunny days. The view of the sunbeams lancing through the crystal-clear water is amazing. You will see the light beams from the sun’s rays in the pit.

You will be ascending progressively, making circles around the gigantic cylinder. You can admire a beautifully decorated ceiling with white thin formations in the shallower area. You will find a mixed layer of fresh and saltwater around 10-12 meters. You will also see two haloclines (around 11 and 16 meters) and a layer of hydrogen sulfide suspended at 30 meters. 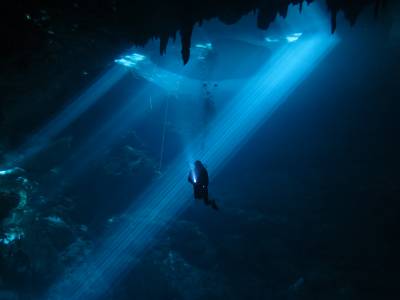