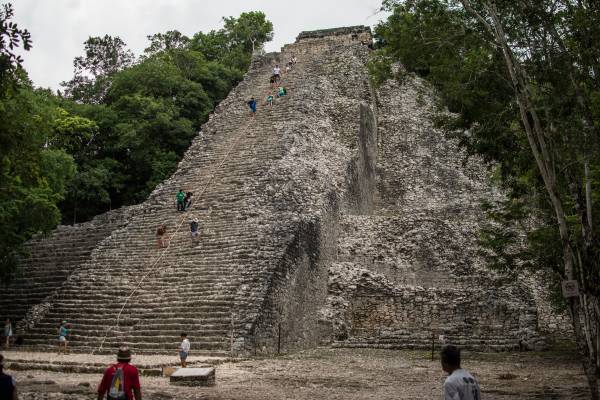 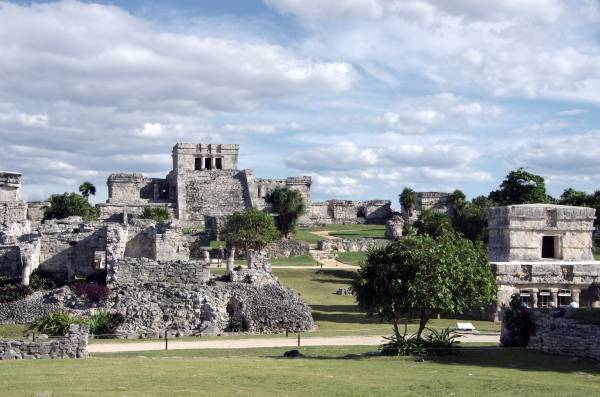 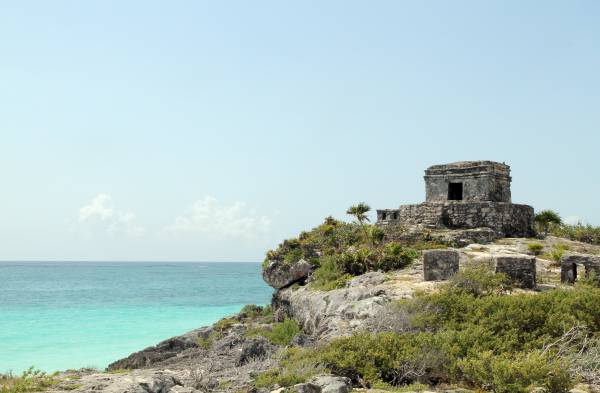 During this excursion, you will visit two archaeological sites located near to the Maya Riviera. The picturesque "city of the dawn" Tulum which is located on the rocks by the turquoise Caribbean Sea and the city of Coba lost in the wild jungle.

The ancient Mayan city of Coba

Coba was once one of the most densely populated villages in the region and included several towns and villages covering an area of more than 80 square kilometers. The city's ruins were discovered at the beginning of the 20th century, centuries after the city was abandoned by its inhabitants. So far, only a small part of the city has been restored. There are many buildings still covered with jungle, which gives the city a unique charm and gives the atmosphere of an abandoned city. Given the large distances between the groups of buildings, you will continue the adventure by bike. During the excursion, you will see a lot of different constructions: ball playground, painted temples, an oval pyramid, the Mayan road, and many other beautiful things. At the end of the program, you will climb the highest pyramid of the Yucatan Peninsula - Nohoch Mul, 42 meters high.

The ancient Mayan city of Tulum

After visiting the city of Coba, you will have lunch in one of the best restaurants in the city of Tulum. After lunch, you will continue our journey to the archaeological area of Tulum. It is the only remaining Mayan port city in Mexico. Tulum in Maya means "wall". The city is surrounded by a large stone wall on all three sides and the fourth side overlooks the sea.

From the cliffs, the views are so picturesque that they are reproduced on postcards all over the world. Currently, the city is the most popular archaeological area in Mexico. There are bas-reliefs on the city walls with images of the Mayan gods Kukulkan, Ittsamna and the mysterious Descending God. Among the ruins and on the stones, you will see a large number of iguanas. In the past, Tulum Beach was used as a mooring place for commercial boats. It has now become a green turtle egg-laying area.

The price depends on the number of people.

Do not hesitate to write to us for more information! 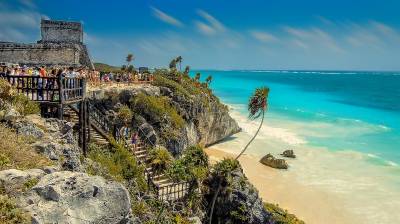